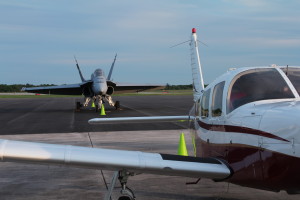 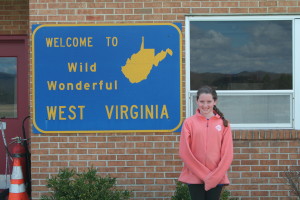 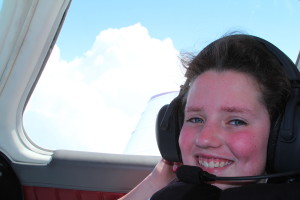 My daughter Emily & I spent spring break visiting relatives in Tampa, FL and Atlanta, GA.  My oldest daughter had a little girl, making me grandpa, again.  The birth was planned nicely around good flying weather in the South.  The day we left Rochester, about 4 inches of snow had fallen overnight, driven by howling winds and temperatures in the teens.  But the cold air provided good tail winds as we headed south.  On climb out, the winds also provided moderate turbulence for several minutes.   At FL100, mountain waves kept the altitude hold function busy, but the ride was smooth.  Our ground speed frequently exceeded 180 kts, enroute to Florence,SC (KFLO) for fuel and a quick rest stop.  Emily and I then proceeded to Lakeland, FL (KLAL).   Climb out was again light to moderate turbulence to FL80, the weather slowly smoothed out upon reaching the GA/FL border.  The weather was breezy at KLAL, but a welcome relief to the bone chilling cold we left back in Rochester.  A Marine parked his F-18 behind us.  Good reason to always use the control lock!  Several days later, we departed, destination Covington, GA (KCVC), to see my new granddaughter.  The ride was pleasant and smooth.  We listened to the controller deal with an in-flight emergency, a military heavy with a fuel leak.  They returned safely to Macdill AFB.  Although KCVC borders the Atlanta Class B airspace, controllers vectored us directly to the airport with no delays.  Our fight back to Rochester included a fuel and rest stop at Elkins, WV (KEKN).  A nice guy manned the desk, but KEKN is not much of an IFR airport.  KEKN is located in a valley, mountains in every direction.  We had fun in our VFR descent to landing, after cancelling IFR at 6,100′.  But with nearby mountains, wind turbines, no control tower and narrow runways, KEKN would present a serious challenge, to fully qualified IFR pilots.  Emily and I climbed to FL110 enroute to KROC, to get above clouds and find a smooth ride.  The weather at Rochester was worse than forecast, overcast 4,000, snow showers, low visibility and heavy winds.  The ILS28 was required, as the ceiling was ‘VFR’, but forward visibility was frequently less than a mile in snow showers.

The Lance performed flawlessly, a good escape pod to the warm sunny weather of the South.