Air Force One up close and personal

On a recent flight to KMDT (Harrisburg International), I was told by Harrisburg approach that they’d vector me south of the approach course, and bring me back up north.  This was followed by a traffic advisory that I had a 747 at my 6 o’clock 1000′ below.

As I turn to look, I see a big 747 with the words “United States of America” on the side in full Air Force One livery.  As the President was not on board, they were not using the Air Force One callsign.  Also, I did not have F-16s on my tail ordering me to land.

Turns out the USAF was doing practice approaches and touch & goes at KMDT allowing some fairly awesome photos. 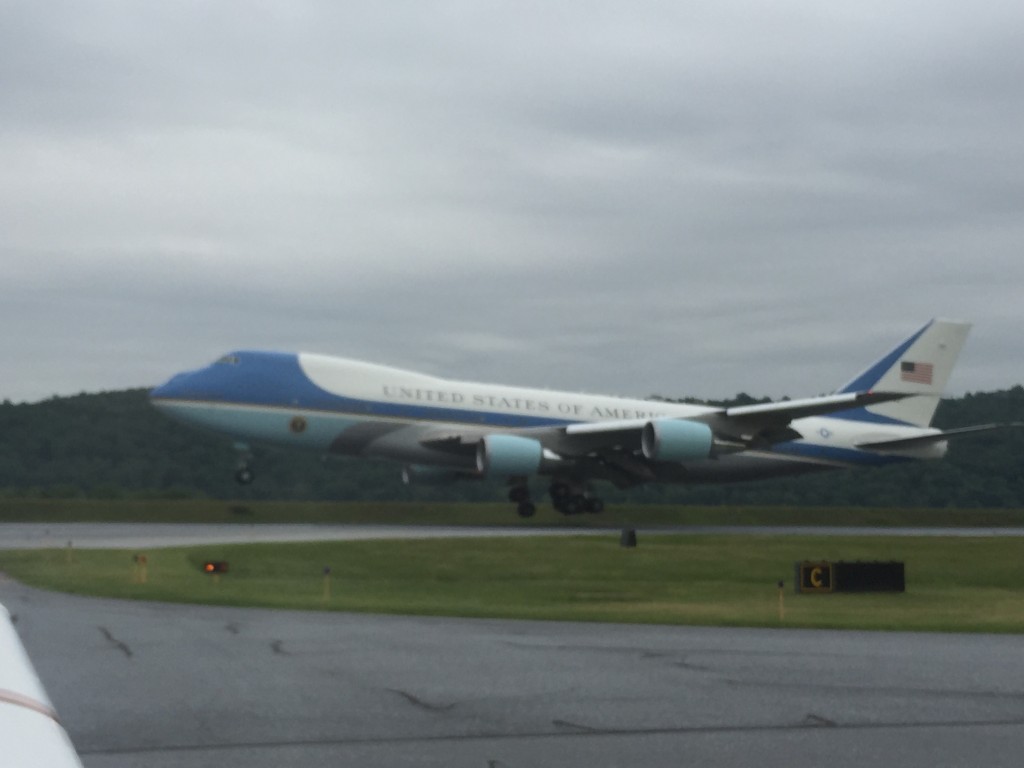 Air Force one landing at KMDT